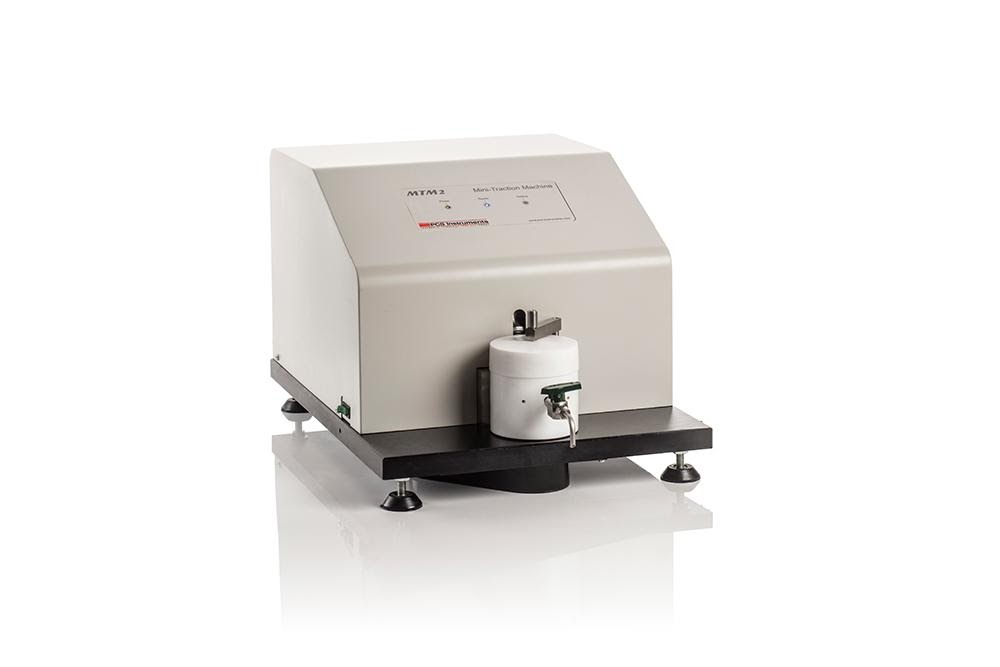 The MTM is a ball-on-disc instrument for measuring the frictional properties of lubricated and unlubricated contacts under a wide range of rolling and sliding conditions. It’s wide range of applications include improving fuel economy and engine efficiency, developing new formulations for railway greases, reducing the wear of artificial joints and the mouth feel of food […] 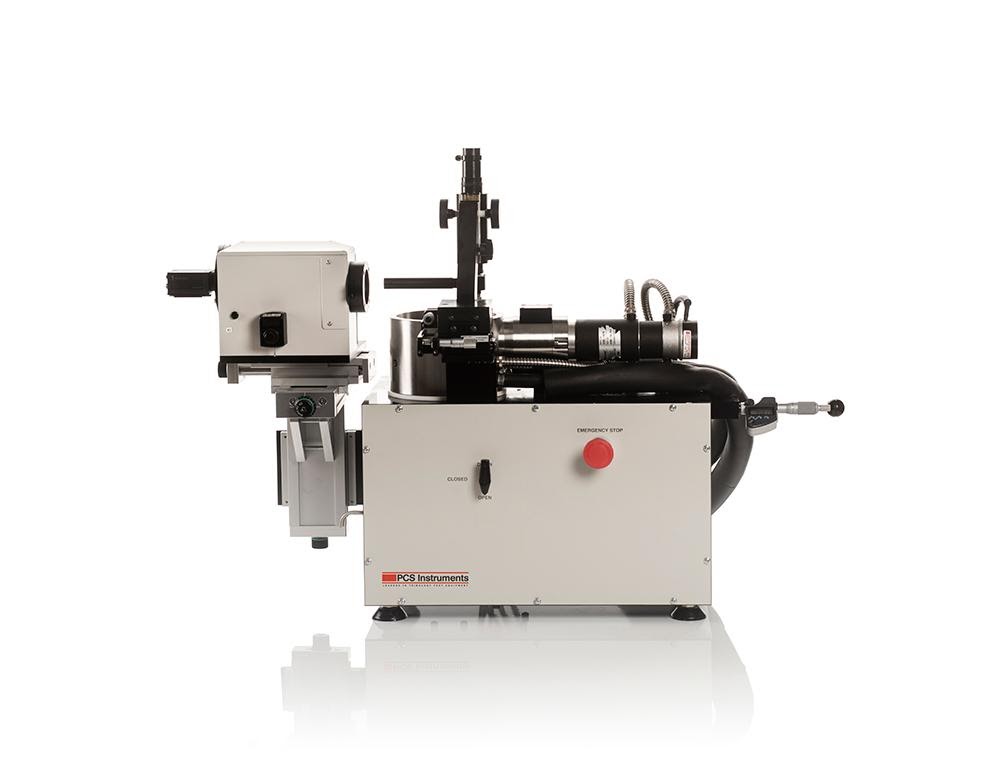 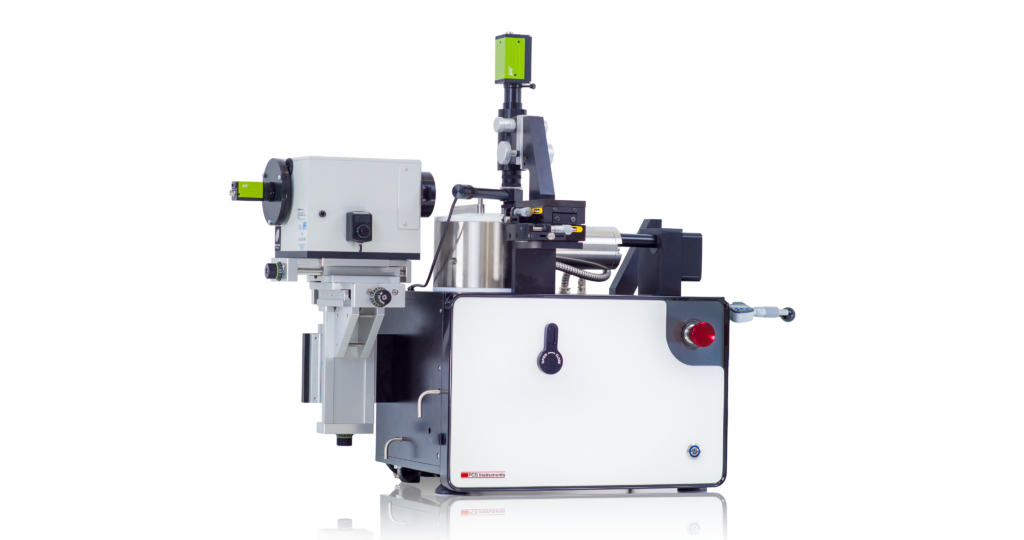 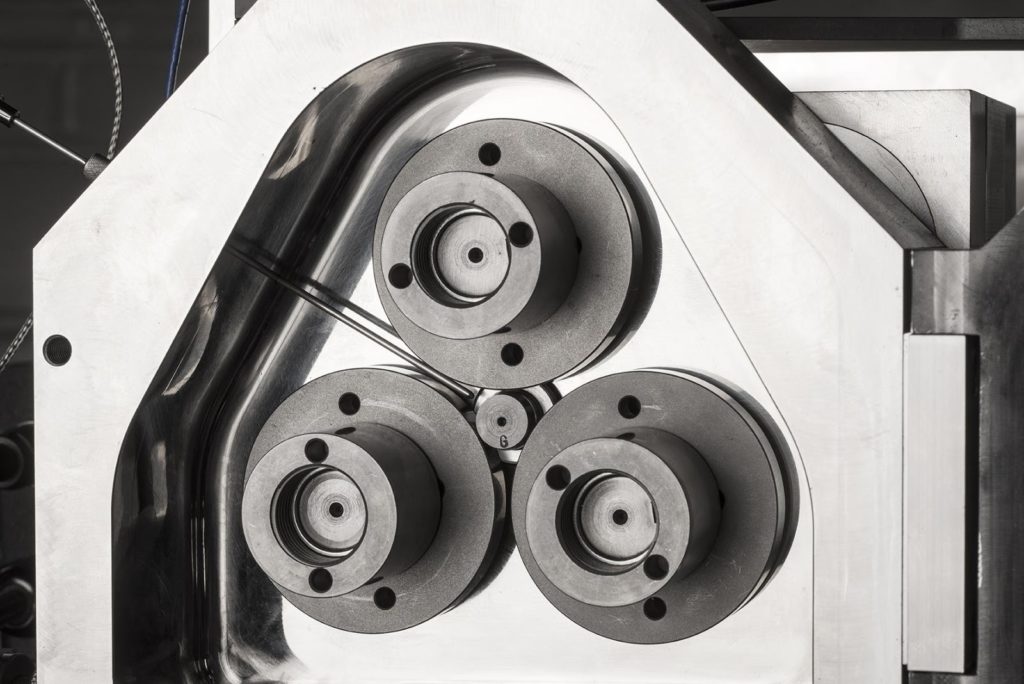 The Micro Pitting Rig (MPR) is a triple disc machine for researching rolling contact fatigue (RCF) failure mechanisms in the form of micro and macro pitting at realistic contact pressures under both lubricated and unlubricated conditions. It is used extensively by tribologists, to study a range of failure mechanisms observed in real world applications and […] 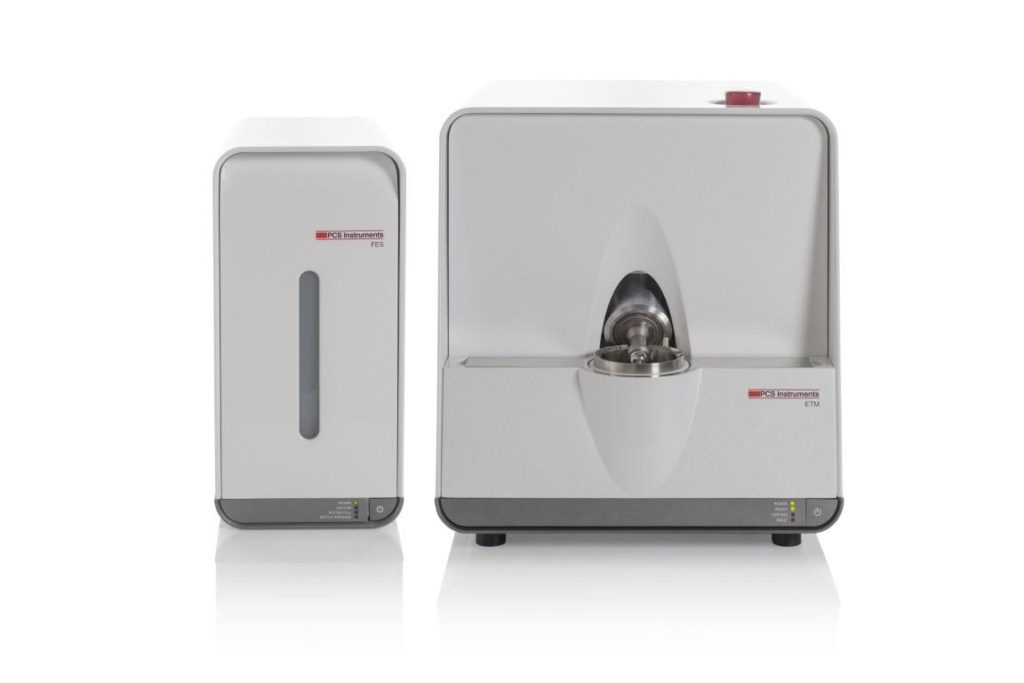 The ETM instrument is ball-on-disc instrument for measuring the frictional properties of lubricated and unlubricated contacts under extreme pressures and a wide range of rolling and sliding conditions. Using high precision components, the ETM allows testing up to 3.5 GPa with standard specimens in a compact, controlled environment. All three regimes (boundary, mixed and EHL) […] 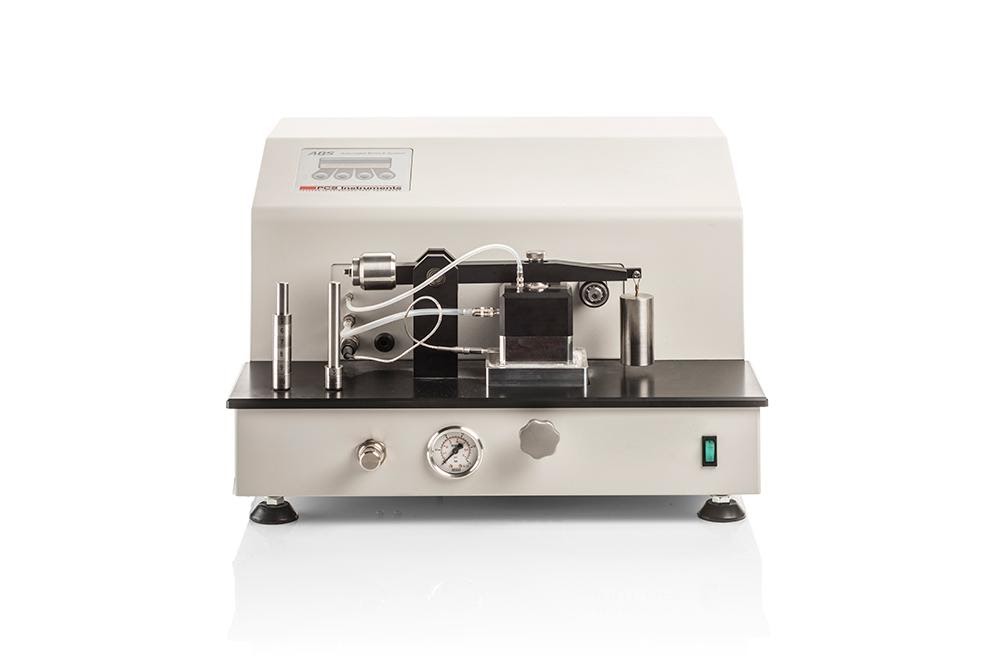 The PCS Instruments Automated BOCLE System (ABS) is a microprocessor-controlled ball-on-cylinder wear test system for fast, repeatable assessments of the performance of jet fuels. The system is compact and requires minimal external services. The ABS can be configured to meet the following standard test methods. ASTM D5001 – Standard Test Method for Measurement of Lubricity […] 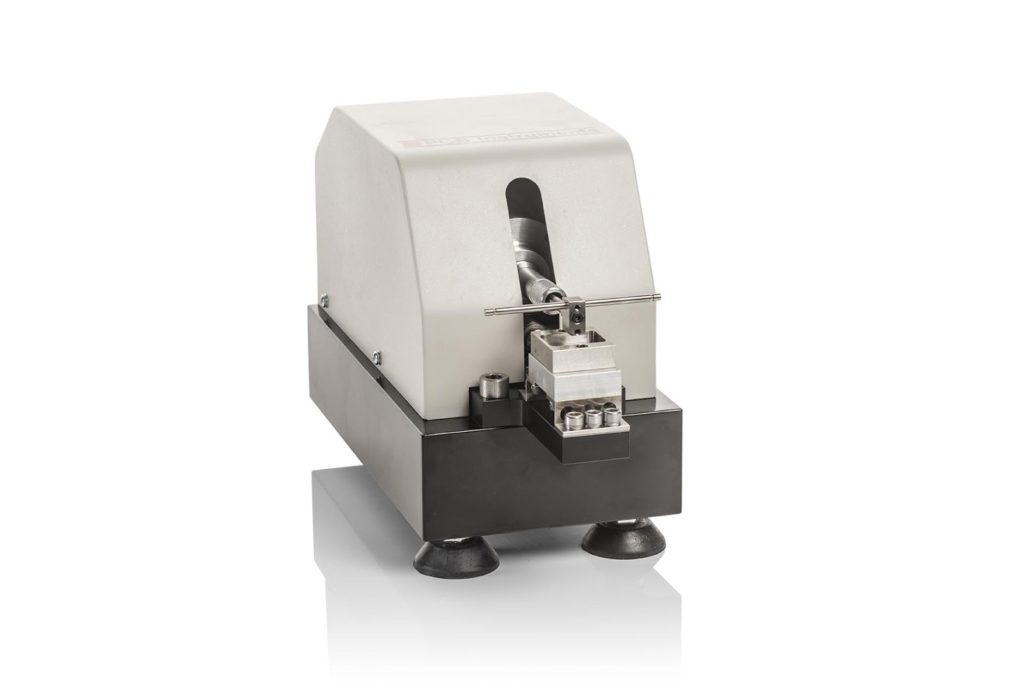 The High Frequency Reciprocating Rig (HFRR) is a microprocessor-controlled reciprocating friction and wear test system which provides a fast, repeatable assessment of the performance of fuels and lubricants. It is particularly suitable for wear testing relatively poor lubricants such as diesel fuels and for boundary friction measurements of engine oils, greases and other compounds. It […] 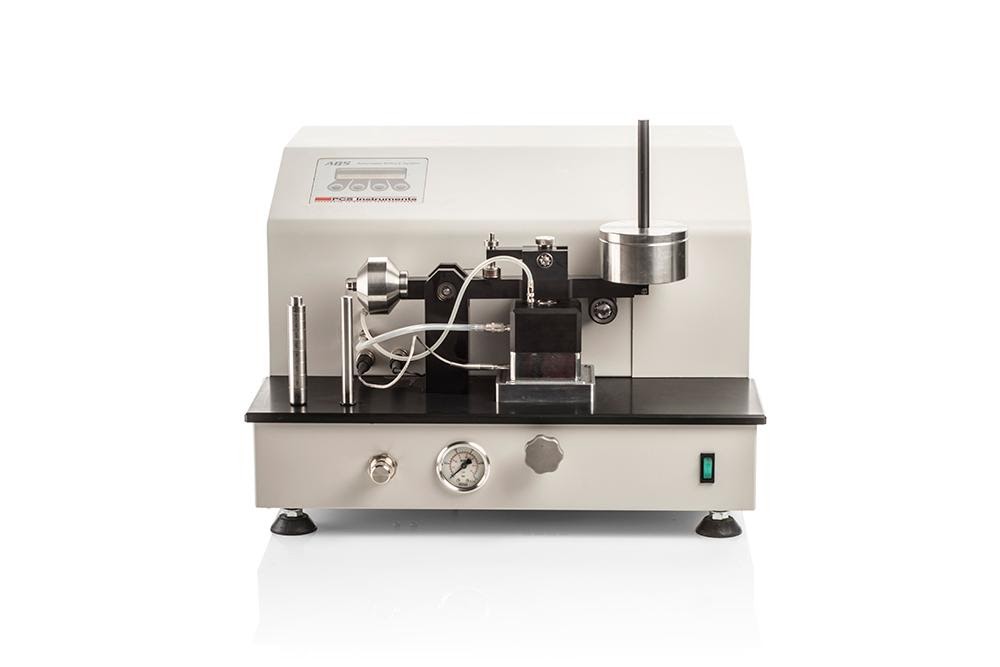 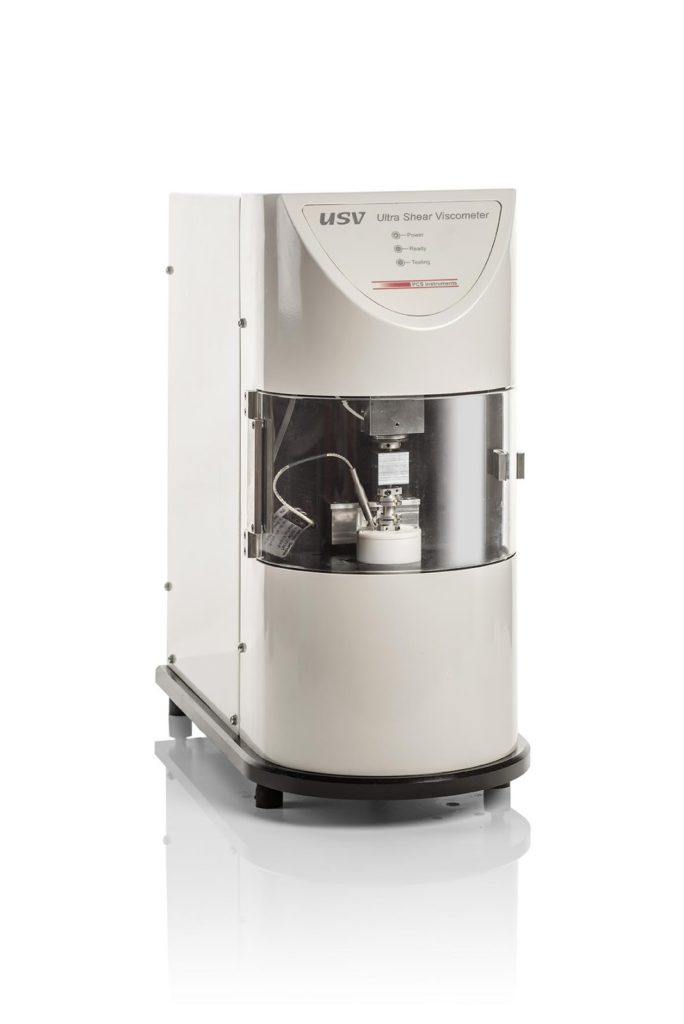 The USV is a computer controlled instrument capable of fully automatic viscosity measurements up to 107 s-1 (reciprocal seconds). Accurate measurement of dynamic viscosity at very high shear rates is of particular concern in the Automotive Industry. Lubricants developed for motor vehicle applications are typically non-Newtonian making it necessary to reproduce the shear rate found […]

Tribology, coined by the late Professor Jost in 1966, is the science and engineering of interacting surfaces in relative motion. It includes the study and application of the principles of friction, lubrication and wear.

Fill in the form below letting us know how we can help and someone will get back to you as soon as possible.